Spidergawd is a rock band formed in Trondheim, Norway in 2013. The founding fathers of the beast was Per Borten (Cadillac & Moving Oos) on guitars and vocals, Bent Sæther (Motorpsycho, The International Tussler Society & Sugarfoot) on bass, Rolf Martin Snustad (Hopalong Knut & Samvirkelaget) on saxophones and Kenneth Kapstad (Motorpsycho, Monolithic & God Seed) on drums. On June 1 2016 it was announced that Bent Sæther was leaving the band to have more time for his other projects. The band brought on Hallvard Gaardløs as a fulltime bassist, and after falling in love with the young bassplayer from Toten, he stayed put from the first strum. 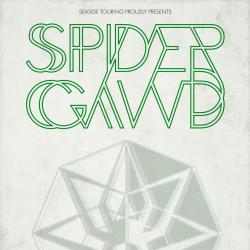