Hailing from the land of compromise in the heart of Europe, the four friends of Stavroz found each other in the east of Flanders. In its inception, IJsbrand De Wilde & Gert Beazar focussed mainly on playing DJ sets and creating music in which they loved colliding worlds. Only a few years later they hooked up with Maxim Helincks & Pieter De Meester to expand their DJ activities to a performing band and continued to try and find an unbeaten path in electronic music. This culminated in their delicately acoustic, organic and cinematic approach to electronic music. As a result they were awarded second place for “best producer” and “best breakthrough artist” in national
awards for Belgium’s electronic music scene.

In the years that followed, the four kept expanding their catalogue and continued to develop that uniquely own style. Their EP “The Ginning” resulted in an early breakthrough for the four-some. It reached gold status in France, dominated the nr. 1 spot on the Hype Machine and was chosen as vinyl of the month by Germany’s “Faze Magazine”, mainly thanks to the B-side “The Finishing”.

In order to keep freedom in their music production and to be able to support other artists with a like minded vision, they started their record label “Moodfamily”. It was on this label that their second hit single “Gold Town” was released. It kept the nr. 1 spot on Beatport’s “Electronic Top 100” for several months and was picked up by Rockstar Entertainment and added to GTA 5’s (already) excellent in-game music. Although Stavroz is now 11 years old, many of their songs are still relevant and are quietly nudging towards timelessness. Over half million monthly listeners and over 100.000 followers on Spotify alone will concur.

Their intimate live performance grew more dramatic and their unique dj sets spread like wildfire as they started frequenting many international stages. Coachella (US), Fusion Festival (DE), Wonderfruit (THA), Pukkelpop (BE), Strawberry Fields (AUS), Tropico (MX), Three Points Festival (FL, USA) all fell victim to Stavroz’s unusual dramatic, melancholic yet determined approach. The band was quickly invited by the acclaimed Youtube channel “Cercle” to perform a streaming concert at Fort Saint-Eynard in France where once again, they managed to create a wholesome, comforting soundtrack for a place, which no words can describe.

2022 marks another landmark in Stavroz’s history as they release their debut album “Mindibu”. 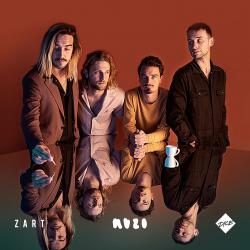 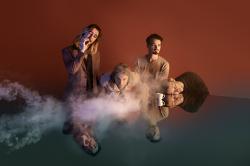